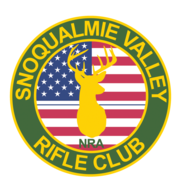 The SVRC has a High Power Rifle program that is active at the range on the last Sunday of each month (except for September). These events are affiliated with the CIVILIAN MARKSMANSHIP PROGRAM (CMP).

History:
Prior to the first World War, the U.S. Army realized that there was a shortage of trained marksmen. In 1903 the National Board for the Promotion of Rifle Practice (NBPRP) was established as an advisory board to the Secretary of the Army. The original purpose was to provide civilians an opportunity to learn and practice marksmanship skills so they would be skilled marksmen if later called on to serve the U.S. military. Over the years the emphasis of the program shifted to focus on youth development through marksmanship.
From 1916 to 1996, this program was administered by the U.S. Army as the Department of Civilian Marksmanship (DCM).

In 1996, Congress established the Corporation for the Promotion of Rifle Practice & Firearms Safety, Inc. (CPRPFS) to administer and promote the CMP.

Today the CMP promotes firearms safety training and rifle practice for all qualified U.S. citizens with special emphasis on youth. The CMP operates through a network of affiliated shooting clubs and associations that covers every state in the U.S. The clubs and associations offer firearms safety training and marksmanship courses as well as the opportunity for continued practice and competition.

For more info on the CMP, visit www.odcmp.org.

High Power Rifle at SVRC:
At the SVRC, our monthly matches consist of 50 rounds fired in four stages at 200 yards. Ten rounds, standing (offhand) in ten minutes. Ten rounds, rapid fire sitting in 60 seconds. Ten rounds rapid fire prone in 70 seconds. And 20 rounds slow fire prone in 20 minutes. We follow the CMP rules for 200 yard reduced range competition.
These matches are open to any rifle used by any military force in the world, past and present. Today, the sport is dominated by AR-15 type rifles. M1 Garands and M1As are the second most common. Bolt action and foreign rifles make an occasional appearance

If you would like to try High Power, but don't have a suitable rifle, the SVRC has several club owned "loaners" available. AR-15 and M1. .223 and 30-06 ammo is available at the matches at a great price. If you use one of our loaners, you must use our ammo.

Our matches are open to everyone. You need not be a member of the club. Juniors, 18 and under shoot for free, including free ammo.

Questions?
If you have any questions about the High Power Rifle program, please contact Jim Leibly.